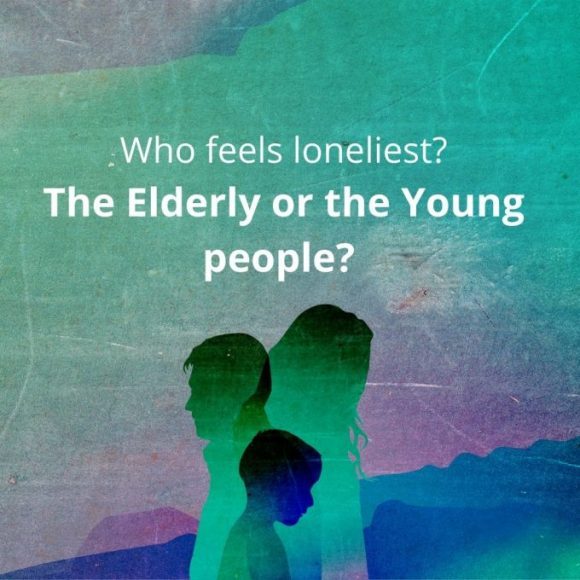 Normally, the human being associates the phenomenon of loneliness with the older age group. The age factor and the loneliness that comes from it puts this group at the top of the list.

However, a 2018 BBC Loneliness Experiment survey with 55,000 participants from around the world demonstrates interesting discoveries about loneliness. This was the largest study done on this issue until now, and it contradicts the way we think about solitude.

If, until then, loneliness was associated with the elderly, this comprehensive study reveals precisely the opposite.

These are the 8 discoveries on this phenomenon:

1. Young people are the group who feel loneliest.

2. People who feel discriminated against are more likely to feel lonely.

3. A third of people often or very often feel lonely

4. Being alone is not the same as being lonely.

7. People who feel lonely have on average lower levels of trust in others.

This study, in addition to the above facts, showed that:

• 40% of young people aged 16-24 experience the phenomenon of loneliness much more often, compared to 27% of people over 75.
• Levels of loneliness are higher in people who feel different, in a negative way.
• Blind people or partially sighted demonstrate a higher level of loneliness when they feel a high level of discrimination.
• 33% of participants feel a phenomenon of loneliness in a very intense way, contrary to the 42% of participants who said that they rarely or almost never feel alone.
• The people who demonstrated the most intense and enduring feelings of loneliness are the ones who felt lonely most often.
• People who live alone are more likely to feel lonely more often. Living alone isn’t as bad as spending too much time alone.
• Women are more ashamed to feel lonely than men.
• This sense of shame is less when they are older, the old people tend to hide the fact that they feel alone more than young people.
• People with high levels of loneliness use social networks differently, for example, these people tend to have more Facebook friends who they are just friends and have nothing to do with their real-life friends.

Conclusions on why young people intensely feel the phenomenon of loneliness

There are several reasons why young people between the ages of 16 and 24 are the group most affected by loneliness. One of the reasons, is that they are still young, therefore more inexperienced, unable to regulate their emotions at this stage of their lives. The second reason, is that this feeling is still something they have experienced recently in their lives. The third factor, it has to do with building their identity, it’s still an age where you’re still building it and developing it. Their place in society and the way they relate to others is still in a building process.

These ideas were reinforced by the elderly, who said that the period in their lives when they felt most alone was precisely when they were young.

This comprehensive study has demystified the preconceived idea that it is the elderly who suffer most from the phenomenon of loneliness. However, this does not invalidate the fact that in many regions or countries this phenomenon does not affect some age groups more than others. This phenomenon also varies according to geographical areas, population levels and culture.