Supervised consumption room in Porto is going to be a reality 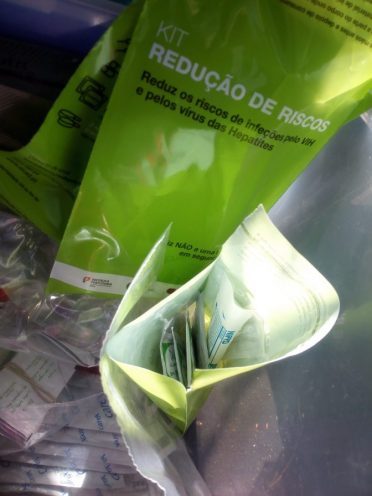 The consortium “Um Porto Seguro” is included in the Consumo Vigiado Programme, which arises from an agreement between the Municipalaty of Porto, ARSN – Administração Regional de Saúde do Norte, SICAD – General Directorate for Intervention on Addictive Behaviours and Dependencies, and the Social Security Intitute.

What is an Supervised Consumption Room?

Supervised Consumption Rooms are harm reduction facilities in which people can consume certain psychoactive substances under the supervision of professionals in various areas, such as social, health, among others.

They are usually installed in places where there is a concentration of drugs users who are unable to do so under safe and dignified health conditions, such as homeless people, living in precarious housing, etc.

The objectives of the SCR

The main objectives of supervised consumption rooms are the harm reduction, which include:

The studies show that the implementation of SCR promotes an increase in the adherence of drug users to services that allow them to have better health and safety conditions, and that in the future allow them to implement positive and significant changes in their lives. The reality of supervised consumption rooms in Europe dates back to 1986 in Switzerland, where the first SCR was installed. In 2018, their distribution across Europe was: 12 in Switzerland, 31 in the Netherlands, 24 in Germany, 5 in Denmark, 13 in Spain, 2 in Norway, 2 in France and 1 in Luxembourg.

This information was based on the article “PERSPETIVAS SOBRE DROGAS| Salas de consumo assistido de droga: panorâmica geral da oferta e provas de eficácia”, from European Monitoring Centre for Drugs and Drug Addiction, which is found in the following link: